Yates Cup gets off to a slow start

Yates Cup gets off to a slow start

It was looking promising a month out before the start of the 2017 Yates Cup. 13 boats had entered and the fleet was excited to race.

But as the race creeped closer towards the 24th November start date, slowly the numbers dwindled with the forecast of about 3-5 knots becoming a reality. As a result, half the fleet withdrew.

The race, which originally was 230nm from Orakei, Rangi, Channel Island, Great Barrier Island, Poor Knights and then back to Orakei, was deemed too long for a weekend race, so the Race Committee opted to run a shorter 130nm version. The new course still started at Orakei and will take the fleet to Channel Island, Sail Rock and then back to Orakei.

Come start day, six boats lined up to start. Graham Catley’s 18.5m catamaran was the only multihull with Frank Racing and Beau Geste both opting to stay home for the weekend. Five monohulls were on the line. Carpe Diem, Coppelia, T-Rex, C U Later and Katana. But just minutes before the start, Rob Croft, crew member on board Coppelia, somehow managed to stab himself with a dirty piece of stainless steel. The injury sustained required stitches, and while the medic on board, Sally Garrett was happy to dive in and fix the wound, they decided to withdraw from the race, as they had no antibiotics on board, and Rob didn’t want a festering wound with three potential days at sea. 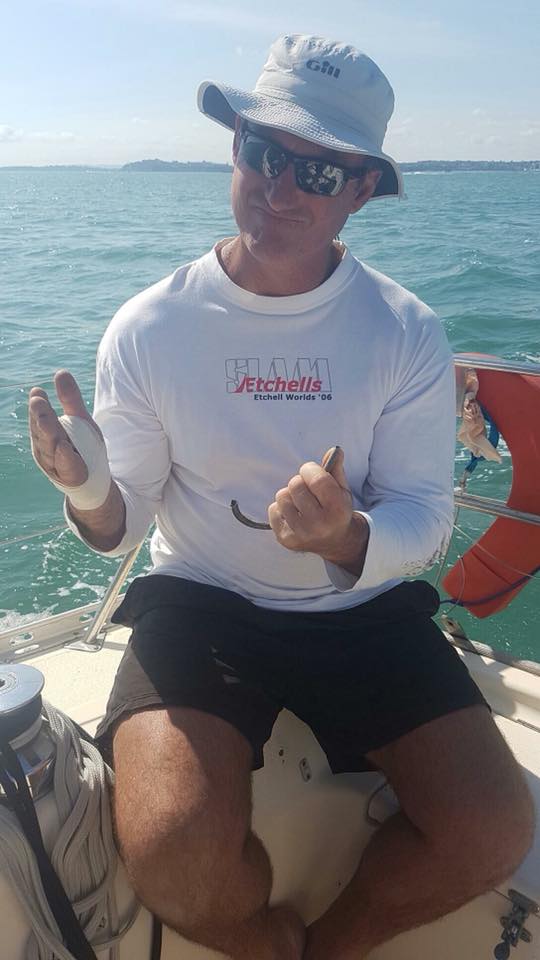 Rangi was removed as a mark of the course giving the boats an option to race out the Rangi Channel or Motuihe Channel. All boats, with the exception of C U Later opted for the latter.

“We decided to go Rangi to punch into the northern gradient and use the sea breeze to get north. We just wanted to stay as far north as we could, happy with the decision at the moment!” said skipper Logan Fraser. However just 30 minutes after providing that update, C U Later was completely becalmed. 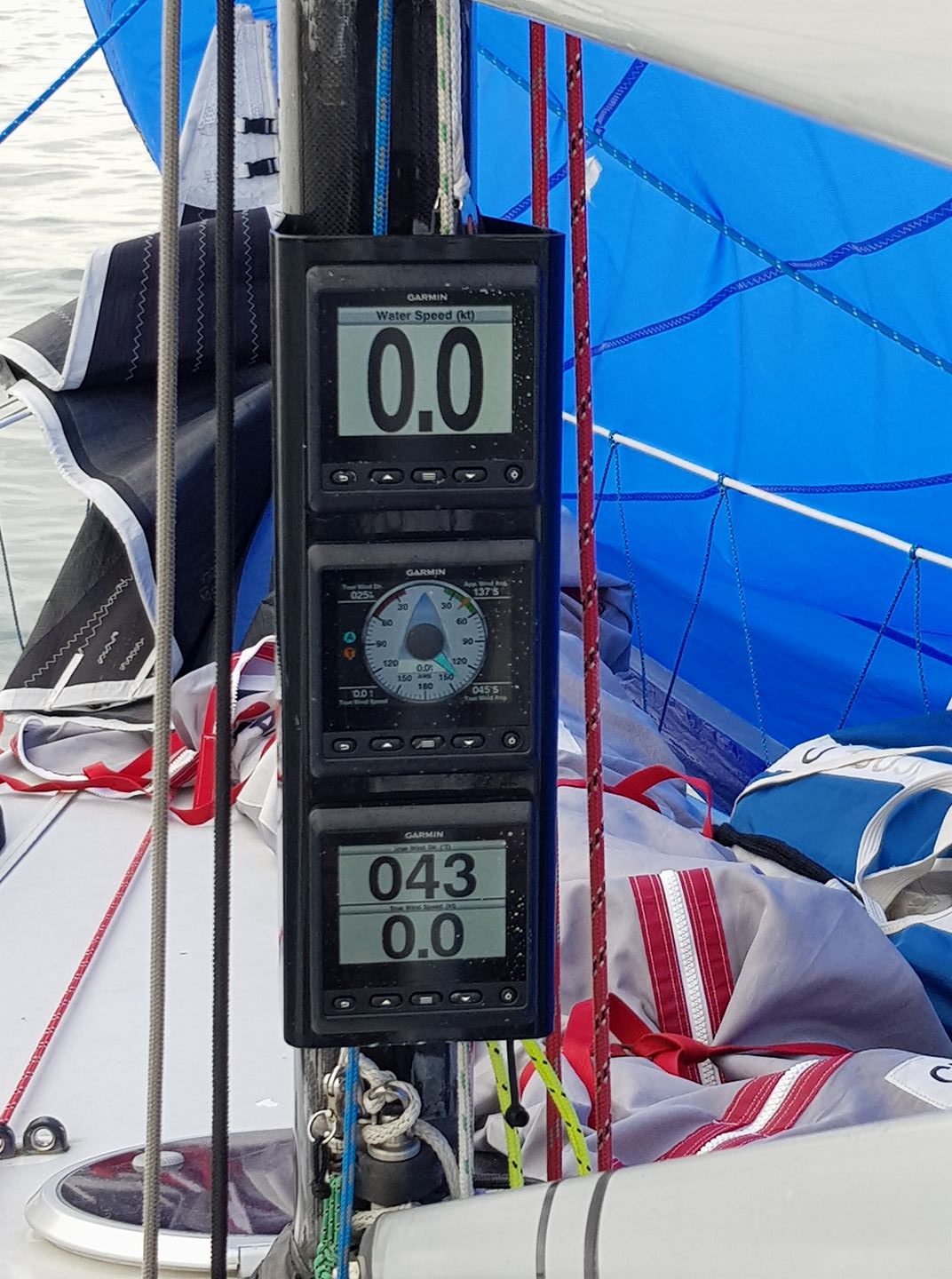 T-Rex, an SR26 and the smallest boat in the fleet were about to pounce on Cation after many sail changes and manoeuvres to creep ahead.

“Those pre-race beers are working their magic, can you see the big boats? They’re back there somewhere. Breeze is still very light past the Motuihe Channel, preparing for an overtake manoeuvre on the big cat, will that need another beer?” 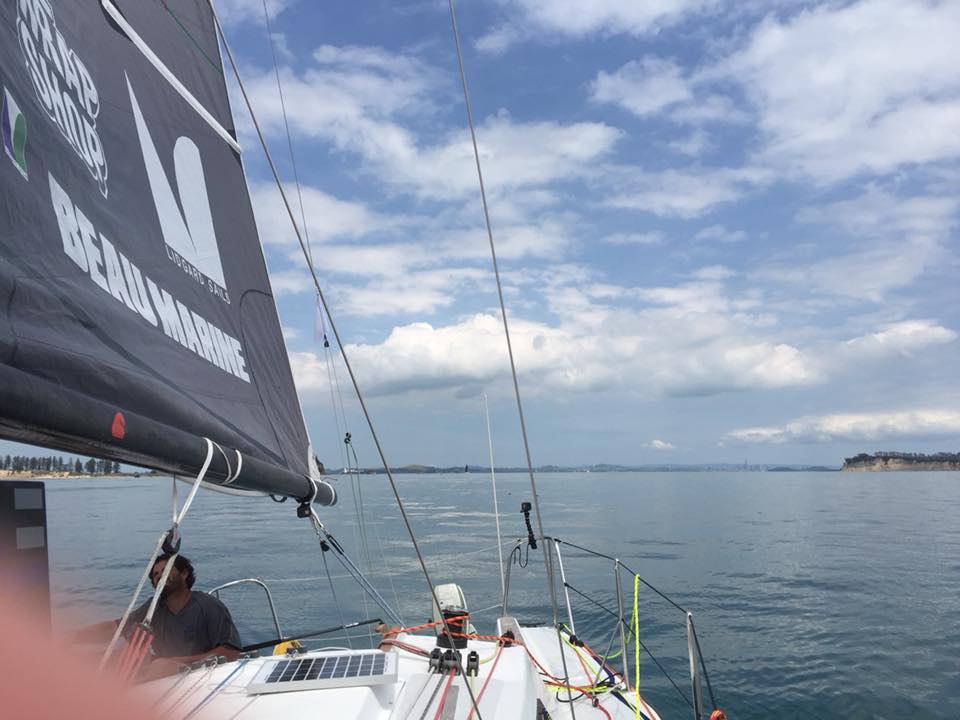 The boats are using the PredictWind tracker with the link available on the Yates Cup microsite www.rayc.co.nz/yatescup.

To add an element of fun to the slow race, boats were asked to submit their ETA to the finish line.

Updates will be posted on the RAYC Facebook Page and the Yates Cup microsite. Stay tuned! 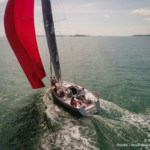 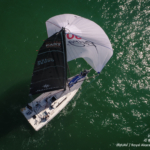 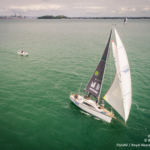 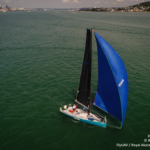 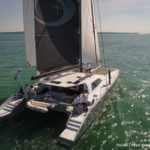