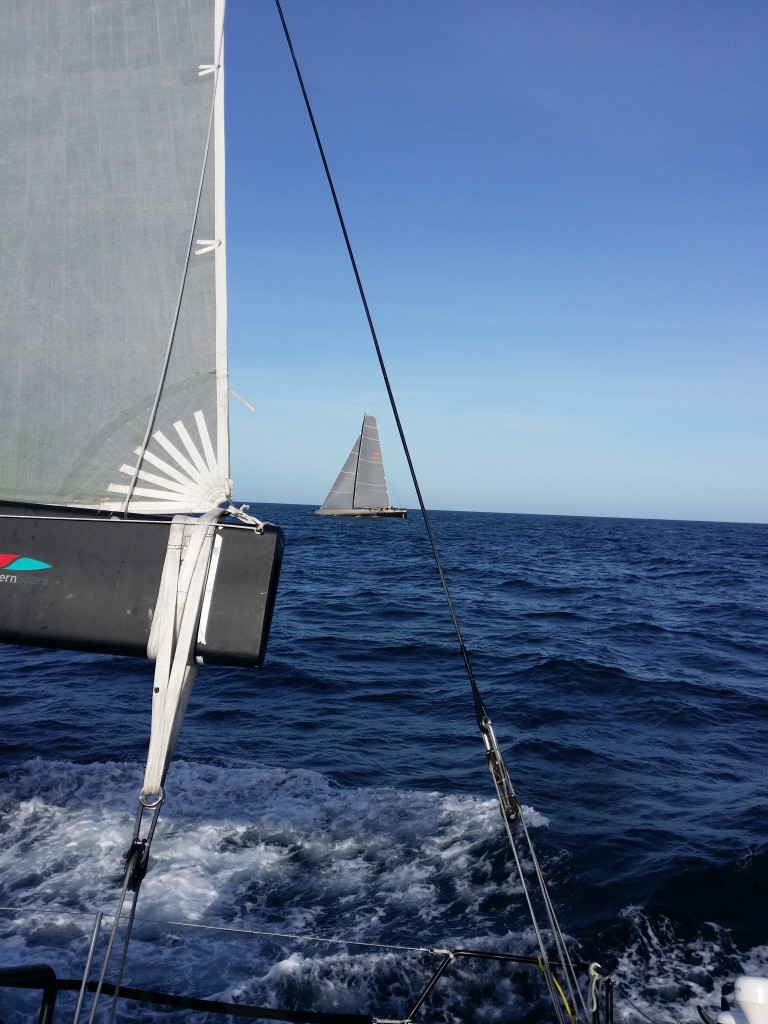 The Yates Cup is progressing nicely with boats and crews settling in for the evening.

A big mover at the front end of the fleet is the Botin 80 Beau Geste, who has such ahead of Rio100.

A battle amongst the big players took place at the top end of Great Barrier Island where thee two boats were neck and neck, but is was the smaller Beau Geste who won the battle and are now leading Rio100 as they head towards the Hen & Chicks Islands.

But the race is still young. Anything could happen once these big guys reach Poor Knights and make their way back to Orakei!