Trailing behind is Aon (Will Tiller, Harry Thurston, David Hazard) who have had two guns but also a DNF placing them on 13 points after the first weekend.

The hot favourite for this regatta, fresh from wins at the 18′ Skiff Auckland Championship and 12′ Skiff Interdominions, was the four up C-Tech team (Alex Vallings, Scott Barnes, George Brassell, Andrew Clarke) who are sitting in third place just one point behind Aon. 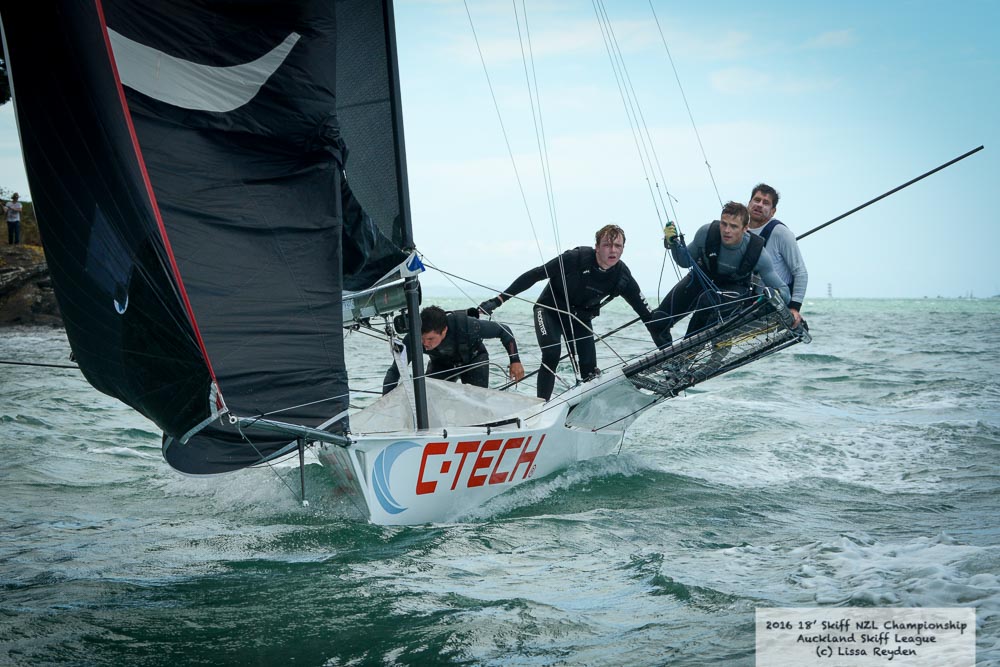 The regatta started in light conditions with the number one rig the weapon of choice across the nine strong fleet. Day two had a matching rig number with mid-range conditions.

The 2015 title was awarded to Knight Frank (Riley Dean, Matt Coutts, John Little), and the team are currently sitting in fourth overall. They will have to fight hard if they want to take out back to back championships. 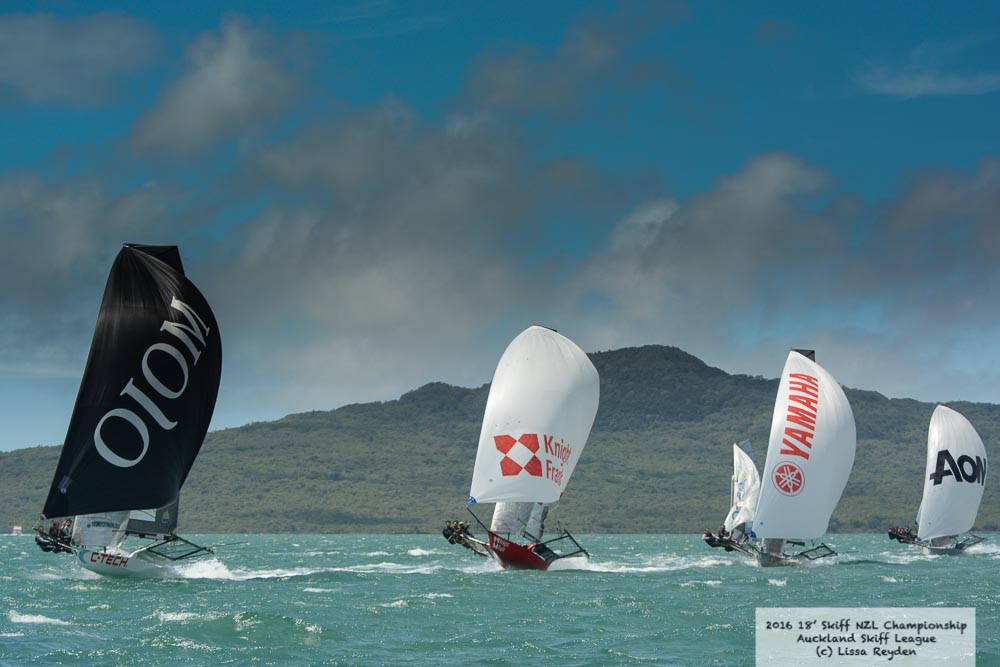 Racing continues this weekend with another six races scheduled.