After a general recall and an individual recall the fleet set off on the long race in a light breeze of about 4knots. C-Tech won the start with a port hander and the remainder of the fleet quickly tacked over to head towards the top mark, MalaMala Island.

It was an hour long battle to the top with lead changes the whole way but it was Compass Markets that reached the island first. The Australian team cut the corner a bit too close and stopped in no breeze. Yamaha and Smeg stayed in the breeze line and sailed around taking the lead.

As the leaders sailed around the mark and into the lee of the island the remainder of the fleet caught up and it was a restart. Smeg and Thurlow Fisher Lawyers broke away from the group and lost out as the rest of the fleet caught a breeze line and sailed away. 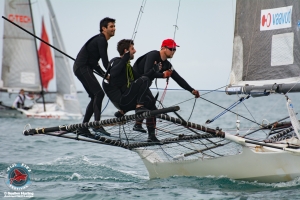 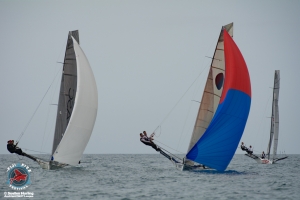 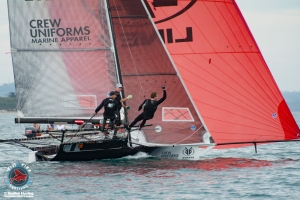 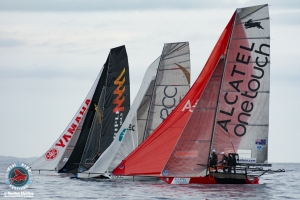 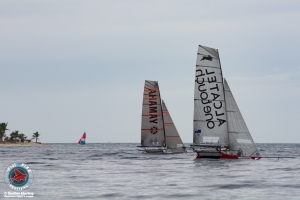 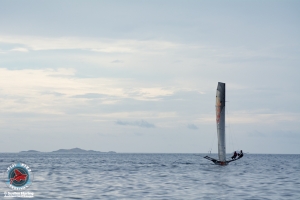 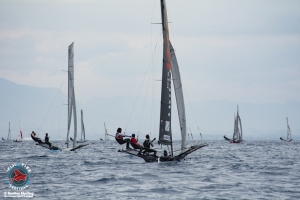 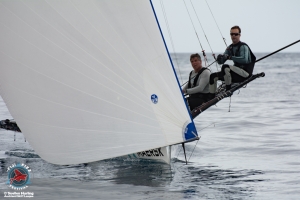 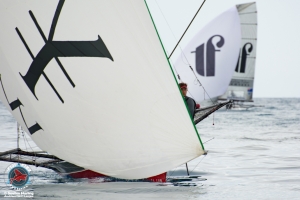 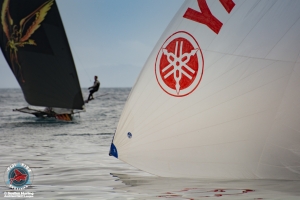 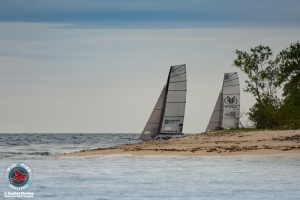 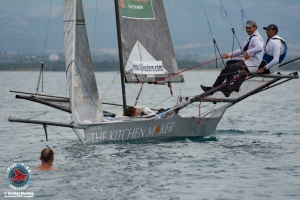 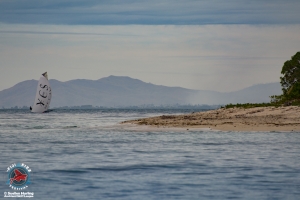 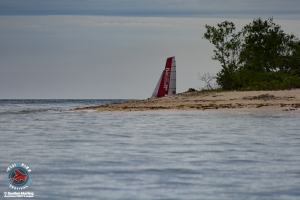 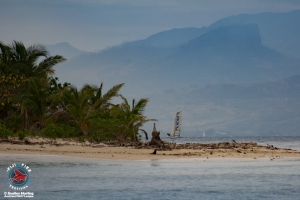 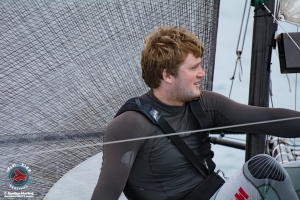 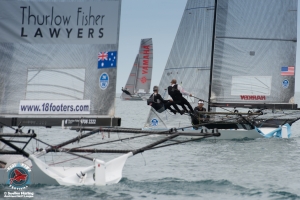 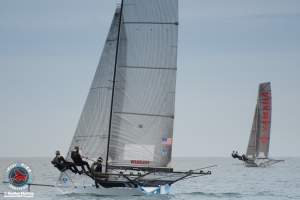 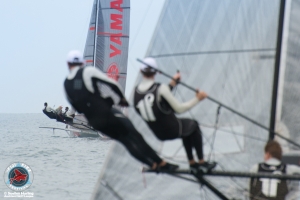 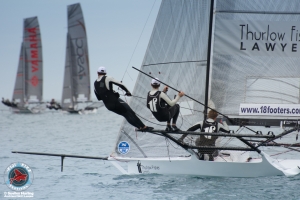 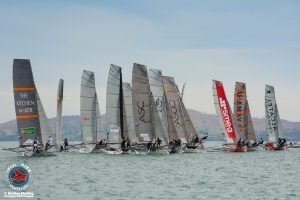 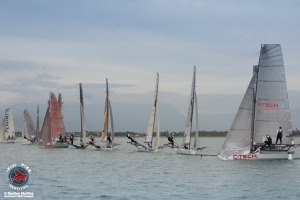 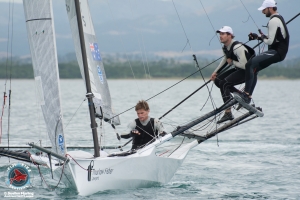 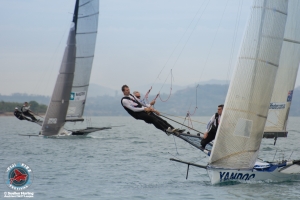 As kites were set Peroni had the lead from Compass Markets and Yandoo. But the breeze didn’t last too long and the leaders were dropping kites and looking for pressure again. Yamaha gybed away and was able to stay in the pressure which carried them away to the finish line.

Events Clothing got into the new pressure line and took off behind Yamaha claiming second. It was high-fives all around for the New Zealand team as they crossed the line with their best result so far.

After the race Events Clothing skipper Glen Sowry explained the race as technical but fantastic.

“It was a very technical race. A game of snakes and ladders. Everyone had a turn at leading the race. We were fortunate to have our heads out of the boats and take the second,” he said.

The battle for third was a close one between Compass Markets and Triple M but the early race leaders claimed third.

Compass Markets skipper Keagan York explained their day after racing. “It was good in the end.”

On being first to the island he said, “We came down in the pressure form the right, thought it would fill in as we went around the island but it just died.”

At the end of the day Yamaha maintains the overall lead with nine points. Friday is the final day of racing with three windward/leewards scheduled. To keep up to date with all the action head to the Fiji Fizz Festival Facebook page. For daily videos and full results head to http://rayc.co.nz/aklskiffleague/