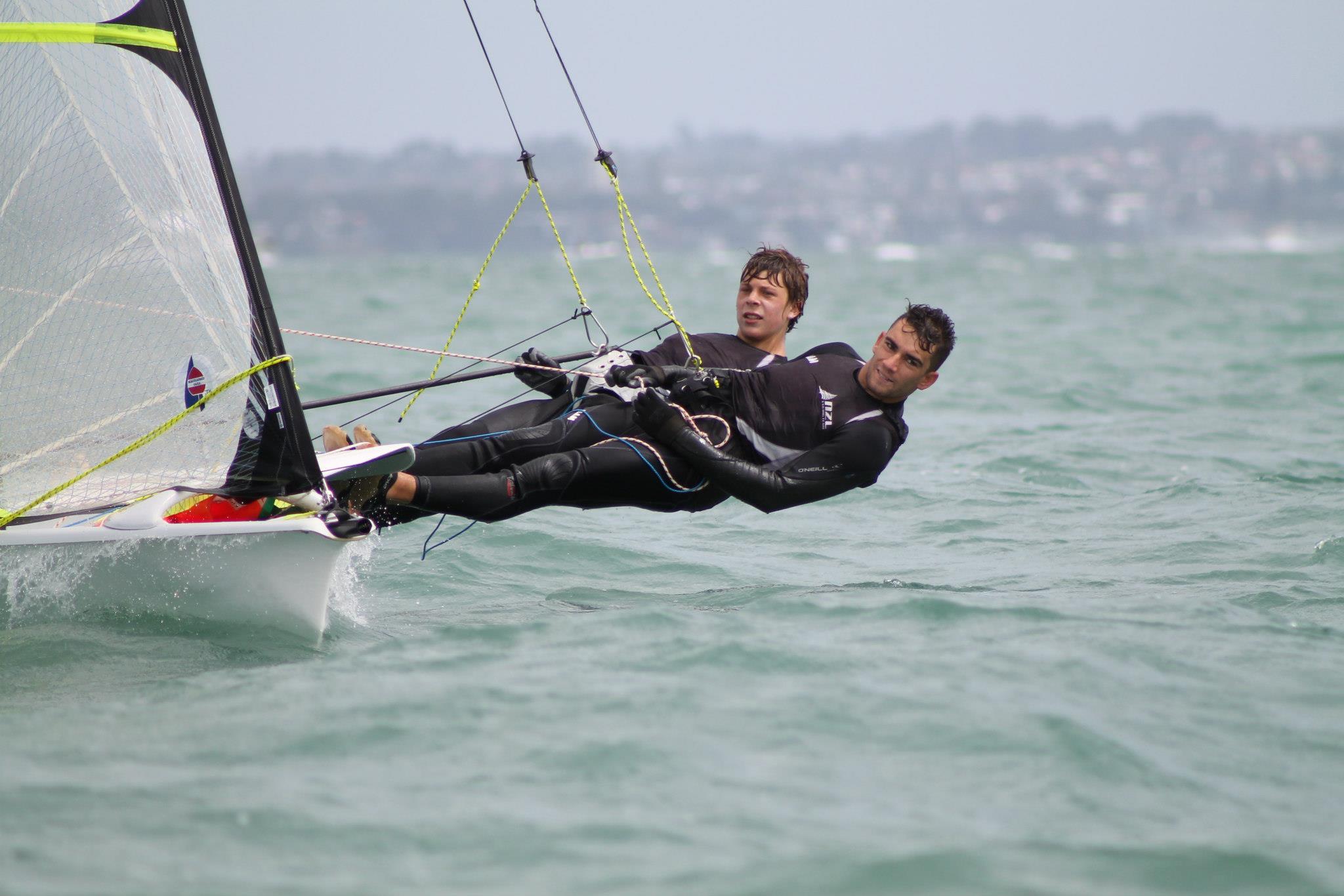 We have just competed in our first regatta for 2013. Sail Auckland was held out of Royal Akarana Yacht Club from the 2nd- 5th of February. There were five 49er teams competing including Olympic silver medalists Peter and Blair, who won Sail Auckland. We came 2nd overall.

The first 2 days we had awesome conditions for skiff sailing with a North East breeze of 12-16 knots both days. Josh and I felt like we sailed really well. We got good starts, our boathandling
was solid and we made good decisions around the course. Our boatspeed was not quite as good as the silver medalists which made it tough. We managed to win one race. Our best gear and boat
has been sent to Europe so we had to use our training boat and old gear unfortunately.

On the 3rd day the weather took a turn for the worse. 25-30knots of wind and massive waves mean’s racing was cancelled for the day for the 49ers.

On the 4th Day the race committee decided to send us out for 2 races in 25-30 knots with relatively flat water. We were leading to the top mark in both races but a few too many capsizes left us with a few 2nd places. A bit more practice in the extreme high winds should sort that.

Josh and I really enjoyed sailing around with a few other boats again since we have been doing a fair bit of training by ourselves with a coach lately. As a team we feel like we are still improving quickly and and sailing better than we ever have.

On the 22nd of March we leave to go to Europe where our first regatta is in Spain, Palma, where we will race from the 1st-6th of April. It is going to be Awesome. We cannot wait to race internationally again with our good boat and our best gear!

I have also been doing a lot of Stand Up Paddle (SUP) racing as cross training which has been great fun. I am currently undefeated in both the Tuesday night Takapuna beach series and the Thursday night Misson Bay City surf Series.