What a year!! We have just returned from our final trip to Europe this year, which was an awesome experience and one we won’t be forgetting anytime soon. The premier 49erFX Worlds that was held in the last week of September in Marseille, France, brought the global FX fleet together for a week of spectacular and nerve-racking racing.

We began our adventure with a lovely 30 hour flight to Marseille, where were we greeted by local mistral winds that blew at a steady 30 plus knots with some massive waves. After rigging the boat for a day, we were straight into a four-day coach’s regatta with 25 boats and early starts to avoid the strong winds which were forecasted. When we did race we were anticipating the breeze to really kick in, but managed two mornings in light to moderate winds, with the mistral coming in when the fleet was safely on shore. Following two days of postponement and mistral winds, we were able to finish the practice regatta on top of the leader board. The days the Mistral winds blew too strong, we did some cool exploring in Marseille and neighbouring towns. It is always a good way to spend a day away from the yacht club and a good reminder  that we are visiting an awesome place so far away from home!

With a further week preparing for Worlds we had a range of conditions, from very big waves to millpond light winds. We had focused training, prioritising racing with as many boats as possible. We finished the practice regatta and the remaining build up with a good confidence boost.  We felt that if everything fell into place we were really in Marseille to compete for the title. However, with the huge range of conditions we had for those two weeks, and the forecast for the following week being very light, we were also left with the feeling that anything could happen in the regatta. It became clear immediately that consistency was going to be key. We decided to take the regatta step by step, make the gold fleet, top 8 and then try being in the hunt for the last day. 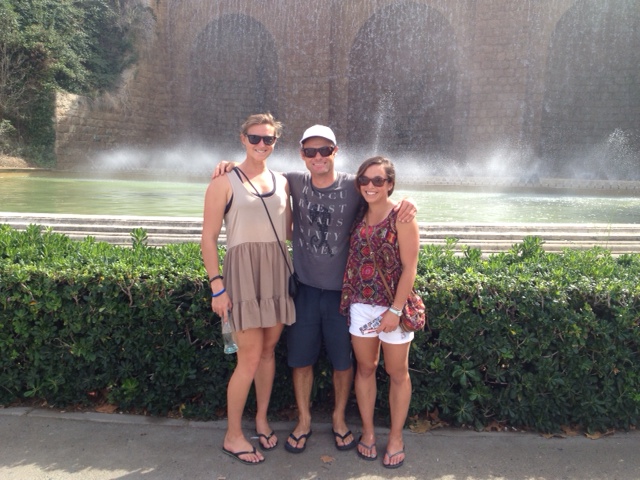 Day one, two and three were very light, with interesting conditions. Very unlike the type of carnage we had seen in the weeks build up. We managed to keep our racing consistent thanks to some impressive catch ups, a few good starts, and good boat speed in the light, which held us in the running going into gold fleet on day four. Getting into the business end of the regatta, tables started turning as we were able to start stretching out our legs for the afternoon of racing, pulling us into poll position. The 4×20 minute racing against the top 20 was intense, close and a few quick decisions in the streaky conditions let us have the lowest scoring day out there. The 5th day we had a shaky first race, and then the breeze decided to make things a bit more exciting for the last 3 races of the day, increasing to 13-17 knots. We felt good in the boat and sailed our own races. Thanks to our hours of boat handling practice back home in NZ with the boys, we finished the day with our throw out, and three top 3 results. Before we knew it we were at the final day. 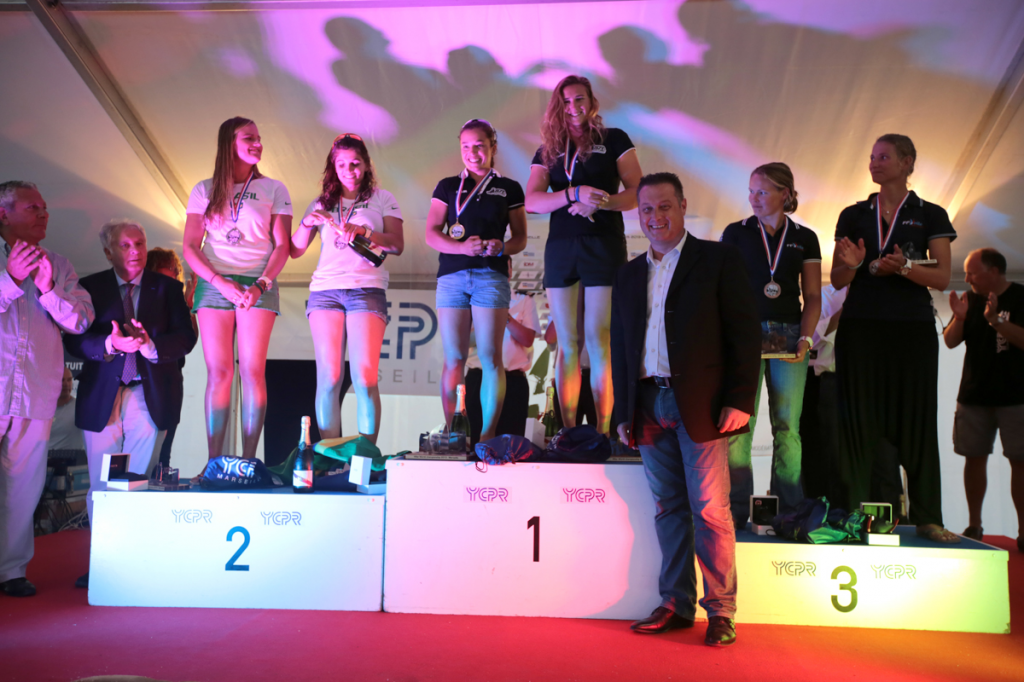 What a feeling it is to go into the medal races wearing the yellow bibs. These races were the most intense short course racing we believe we have done all year. Not necessarily because of the speed intensity, but due to the pressure of every point in the three double point races against the top ten girls in the world. We had a 9 point buffer between us and the second place French team, with the scores until 6th place incredibly close.  Although going into it we would choose our position over anyone else’s in the fleet, we knew that the double points made the fight for the podium almost start again. The two of us were focused and the intensity was unspoken, but we knew what had to be done. 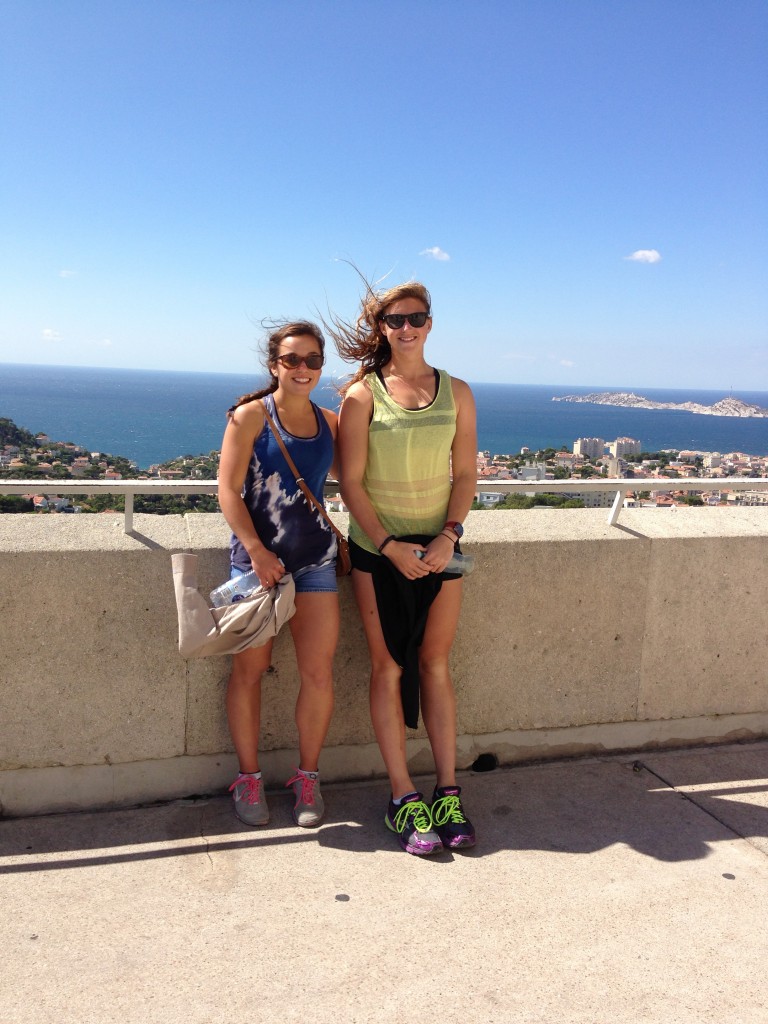 The first 10 minute race we got off the start in what we consider a winning position and took it from there, losing one place on the downwind to come in with a second. The next race we scored a mid fleet which put us in a position where we would win Worlds if we just sailed clean in the final race with a clear start. We weren’t 100 % sure of the results, so we were last off the line but with the attitude of catching up as much as possible.  We sailed our way back up to 4th position for the final race of the regatta. We had done enough throughout the regatta to stay in the hunt and in the 3, ten minute races to be crowned the first FX World Champions.  The feeling of winning was extremely rewarding. We were relieved we had kept the lead going into the high pressure last day, and ecstatic that we had put all our teams’ hard work into a good result.

After celebrating with Nathan and the kiwi team on the water, we headed ashore with huge grins plastered to our faces, to start the A-frame pack up. We were easily distracted especially after learning that the 49er men teams had placed 1st and 2nd overall, which really is a phenomenal result for both teams. The Kiwi team was on a high and the prize giving will always be a special memory for us. The FX fleet does have a lot to learn from the boys, including how to do a podium celebration! All of us girls shying away from the spraying champagne, with the exception of Molly who was all over it! The boys definitely took the champagne shower to another level. 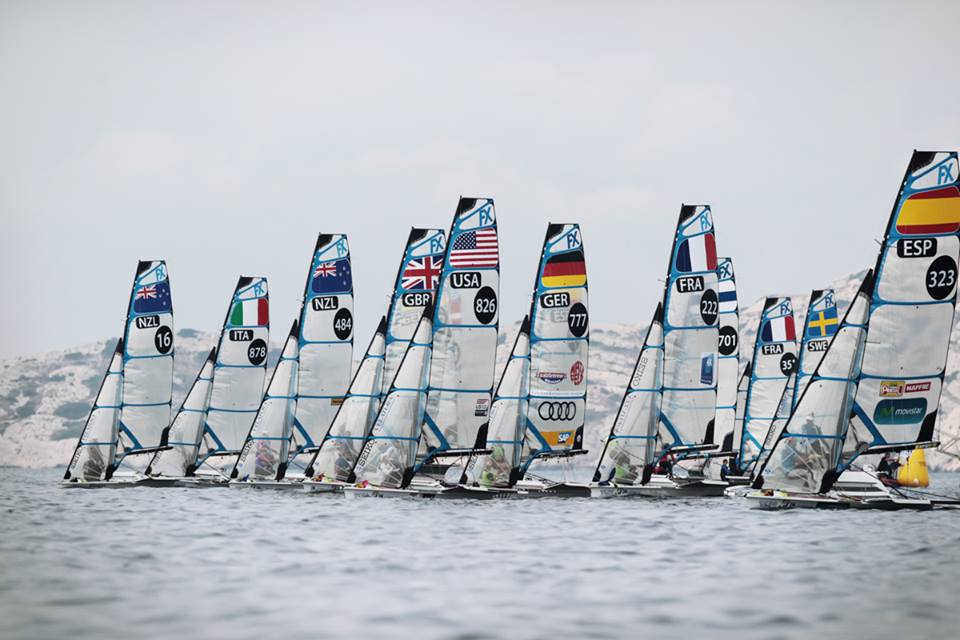 Unfortunately it wasn’t all fun and games that night, and we were at the yacht club until 10:30 pm getting our boats secured for a long journey to Barcelona early the following morning.  There was very little sleep to be had for the kiwi team that evening/morning, and too soon we had to hit the road. The container loading went smoothly, and we were able to relax for a day before flying home. It was great to read all the messages of support and it slowly started sinking in that we had really achieved our goal for the year.

Since arriving home last week, we have been plenty busy with great debriefs and other commitments. We enjoyed the opportunity of being on live TV, being guests on Deaker on Sport. Having our hair and makeup done for us, instead of getting into our wetties was a nice change of pace and we thought it was a great experience. It almost feels like we haven’t had a chance to slow down and we are looking forward to a bit of a break.

The whole year has been a big year for us. It’s been our first year on the Olympic circuit and the opportunity of 3 trips to Europe has been amazing. We really love this new Olympic class and it’s been perfect being able to grow with the fleet. We have been really fortunate to have such a great team of help around us, from everyone at Yachting NZ, High Performance Sport NZ, our product sponsors (Zhik, Harken, Donaghys, Oakley and Red Bull) our family, and especially Caroline our planner and Nathan our awesome coach. We’ve put in a lot of time this year and it’s been motivating to see it all pay off with good results throughout the year. It’s been awesome to finish it off on such a high note.

Once were refreshed, we have an exciting summer ahead of us. A few top international teams are coming down under to train and we are looking forward to getting some good hours on the water. We are world champions with a lot to work on!

An awesome first year on the road to Rio. Thank you!