The calm before the demolition storm!

The calm before the demolition storm!

It was a quiet morning on site. At 6am there was no one here and I took a moment to just take it all in and reminisce about all the amazing stories and memories that the Royal Akarana Yacht Club has created over the years.

I’ve only been involved for a relatively short time compared to most. There are members that have had their whole sailing life within the walls of the Royal Akarana Yacht Club and I can only imagine the feelings they would be experiencing in seeing their beloved club come tumbling down. My personal emotions surrounding the demolition are mixed.

There is a sense of sadness for the old girl, who has served her members well over the years albeit her imperfections and shabbiness. But then a feeling of joy and excitement comes flooding in for the next chapter, and the generations after me who will be able to write their own stories within a state of the art marine sports hub.

A club is more than just the structure. A club is the people, and the Royal Akarana Yacht Club has an amazing bunch of members each with their own unique stories all who call RAYC home.

So while the building might be going, and almost gone, it’s definitely not the end. It’s the opposite. It’s the beginning of an entirely new Royal Akarana Yacht Club. A place for anyone who wants to get on the water, watch the water, and talk about the water. Sailing, paddling, SUP, waka, swimming it doesn’t matter which sport you prefer, because the one thing we all have in common, is the water. And as the tide ebbs and flows, and the years skip past, that is one thing that will never change. 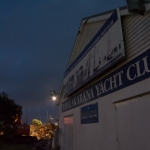 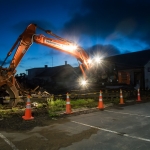 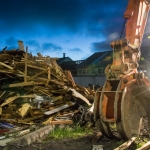 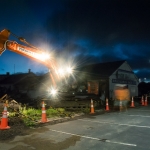 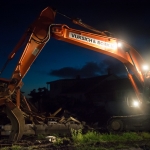