I launched RobRoy in 1967, having taken two years to build in my spare time.  This was the norm in those days.

We soon moved into all the coastal races – Balokovic Cup. Gisborne race, etc.  The second Gisborne race turned out to be wild.  We were caught off East Cape in a southerly gale – Kahurangi and Escaped retiring into Tauranga.  Wise heads!

At one o’clock in the morning we were off HicksBay as we had one man with a heart condition and no electrics, we withdrew.  What a night!

Neil Burgess and co., late that afternoon, had found shelter in Waihau Bay.  We had sailed on – silly boys!  Two boats – D’arcy Whiting on Caruba with Dick Jones on board and Satanita got into trying conditions to Gisbourne – well done.  We were learning.  Keep away from southerly gales.  The next  Gisborne  race we set out in a fresh south-westerly.  Right up our alley.  And when beaten into Gisborne by Kahurangi , D’arcy in Tequila and Santinita 2, we were fourth across the line.  Alleluia!  We had beaten all the one-tonners, 40 footers, etc. so time to celebrate.  On handicap Clyde Colson on Outrage , which finished behind us, won on handicap.  We were improving. 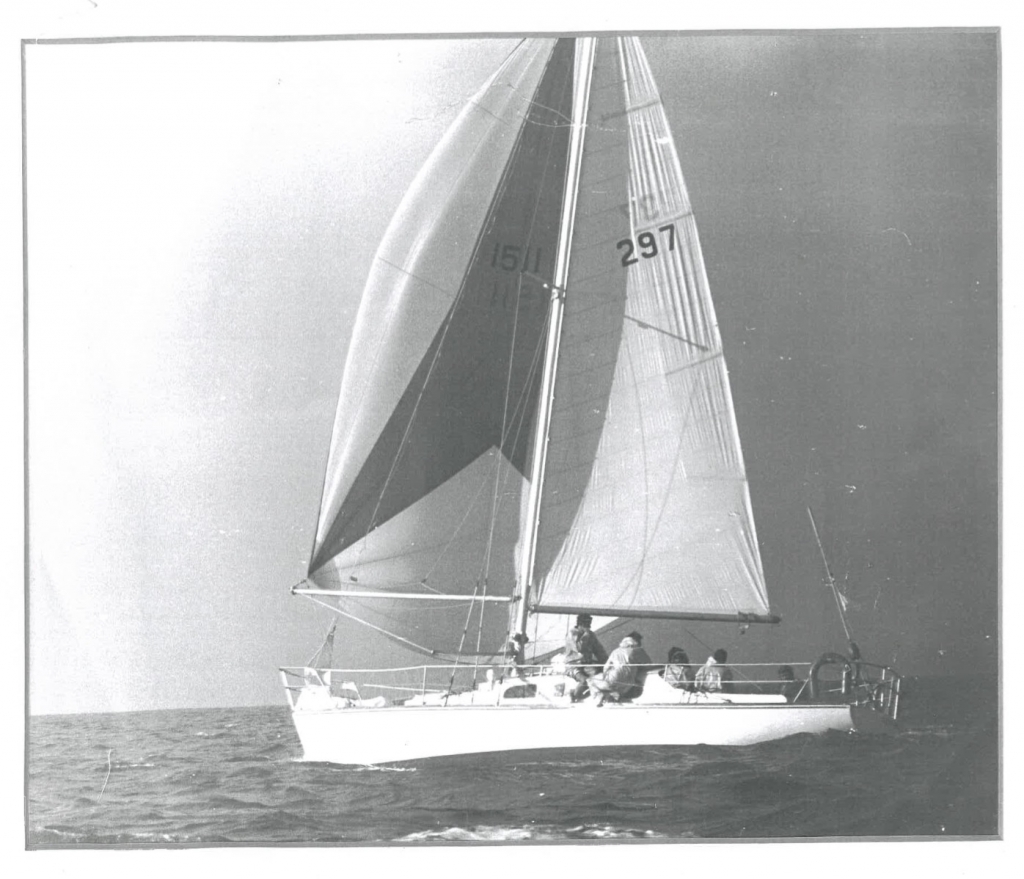 For the Suva 1973 race there were 76 contestants.    What a fleet!  We wanted a breeze and started in  great conditions, 8 to 10 knots. But the next morning it started to lighten and bigger boats had retained the breeze and sailed away – mainly Taroa, Whsipers, etc.  They just  flew while we “waddled”.  The race became a drifter for 90% of the fleet.  On the sixth day out we were feeling a little shiftless.  We started our happy hour a little early and when the afternoon  schedule came around we were in good voice, singing to the yacht Fraock Mhor with the skipper Dr Mary Hamilton aboard.  Commodore Phil Battersby had kindly left his own boat behind to help Mary on her first Suva race.  So, with a little gusto we sang “Oh you Beautiful Doll” and “Run, Rabbit, Run!”  – with back up musical instruments e.g. pot pans, etc.   We suddenly noticed that it was flat calm.

Next day we withdrew our serenades as the voices had strangely died.  It was a long race and 90% “waddled” into Suva.  The bigger boats had arrived days ahead of the rest of the fleet.  Whispers won  – well deserved.  Sundancer,  a catamaran, broke the race record.

We were well looked after and even included in the harbour race.  It was a fun place to be.  As always, any indiscretions were left on the boat.  Great camaraderie never is forgotten.

I was Rear Commodore at the time.

Do you have a story to tell, or have mementos to donate to the Archives?  Please contact Marian Harkness at calimex@clear.net.nz.