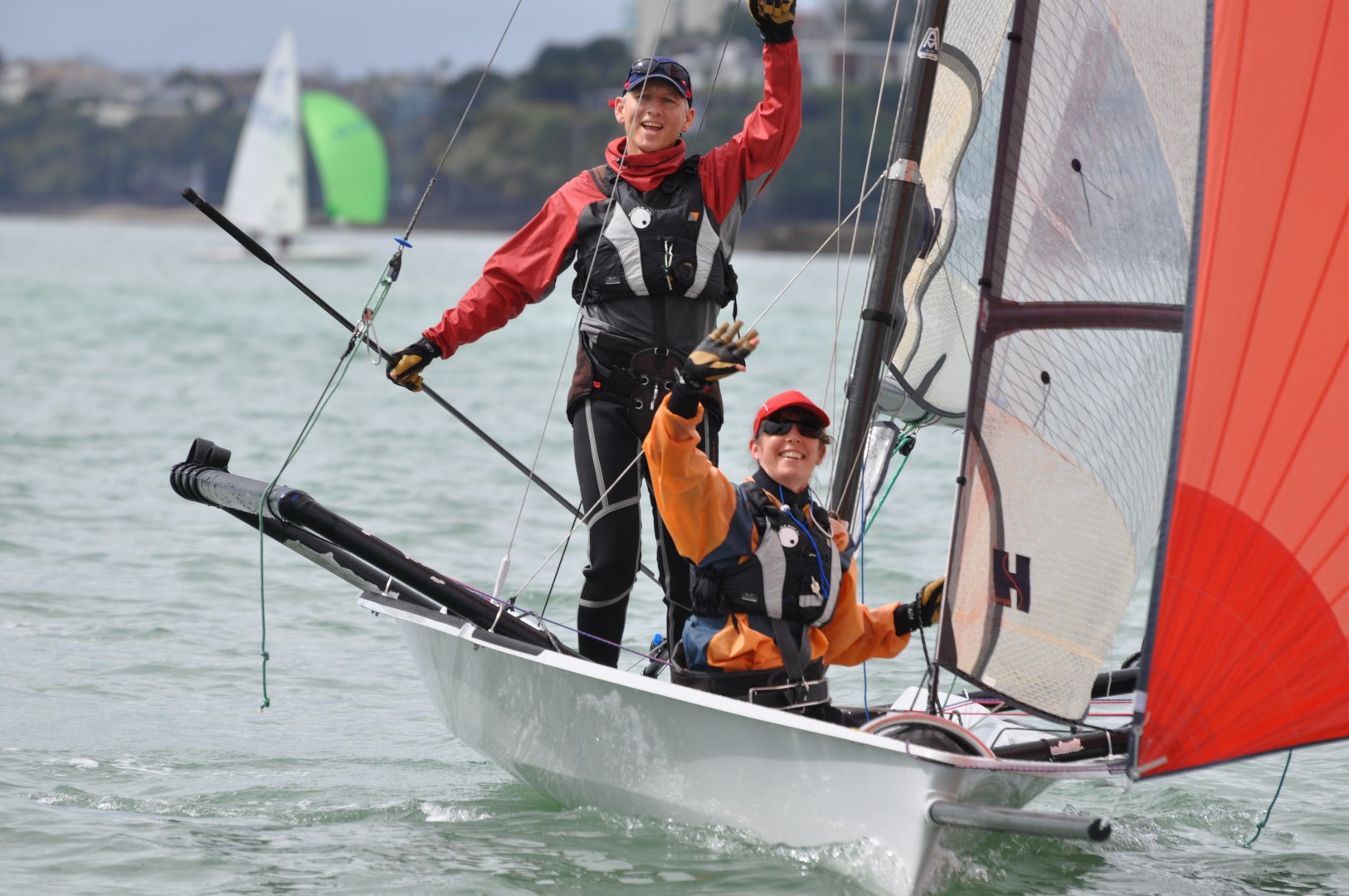 Race 1
The start for Sunday’s first race, just south of North Head, coincided with the untimely arrival of the the container ship CAP Egmont. At 220 metres long, 36,000 tonnes and doing 16 knots the Egmont proved too intimidating for all but the F18s to take on, with most of the fleet tacking onto port and waiting for the red beast to plough up the harbour. NMac came off best sailing back down the length of the ship and taking her stern. Getting to Orakei wharf early paid handsomely and he was away and gone, leaving the pickings to Shaun and Eileen in the RS800 who rounded second, then Sanders (RS700) third, Matt Bailey (Musto) forth and Russ Evens (Musto) DFL. Evans and Bailey went right on the second work cutting into the leaders, Bailey throwing away his good call by over standing the top mark, massively.

Race 2
Evans attempted a time on distance run to the committee boat, without a start watch, the dick, and decided he was OCS when the race committee sounded an individual recall, returning and starting last. The two RS700s made good progress to the Orakei shore leaving the Mustos will a lot to do in the next lap and a half. With both bottom marks adrift in the ebb-tide there was plenty of confusion with the fleet unable to see the M flag being flown from the RIB until the last moment. An usually hard left shift at the top of the second work allowed Evans to close into McCallum and then draw neck and neck by not gybe setting on the final run.

Race 3
Despite 1.5 knots of tide flowing down the starboard-biased start line, NMac shut Evans out of the committee boat end and once again stamped his authority on the first windward leg. In increased pressure, the second and third boats were able to drive deeper toward the bottom mark leaving McCallum exposed. Sanders defended on port gybe preventing Evans from sailing through to windward, The three boats rounded the (once again mobile) bottom mark line astern with Evans just close enough to McCallum to control when to return the favoured starboard tack. Squeezing ahead at the end of the final work, Evans held off McCallum while Sanders and Bailey closed rapidly leaving all four finishing within 20 seconds.