On the 14th October with heavy hearts, the RAYC cruising fleet farewelled long standing club member and maritime adventurer Mac Nell who together with his late wife Norma, on board their Townsend 28 ‘Ocean Rhythm’ sailed with the cruising fleet for many years. 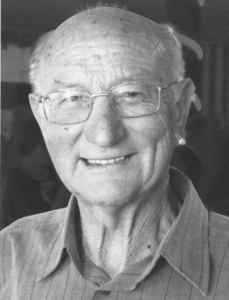 Born in Whakatane in 1935, Mac discovered a love of sailing at an early age learning to sail in his ‘P Class’.  Upon moving to Auckland to pursue a career as a civil engineer, Mac’s love for sailing continued to grow. In the early 1960’s he and a group of mates decided to sail a small 28ft flush deck fin keel yacht “Tempest” to the Pacific Islands, the first kiwis to sail offshore in a fin keel yacht which raised some eyebrows at the time.  They spent two years sailing on her which included a stopover in Tahiti where broke, they got parts as extras in the movie ‘Mutiny on the Bounty’ starring Marlon Brando simply as Mac put it “because they got a feed for free”

Mac also completed another circumnavigation to England in a larger yacht “Tamure” where he competed in the 1967 Fastnet race – one of the first kiwis to do so. It was there he met Norma and moved back to NZ where they were married at RAYC. He spent over 20 years building ‘Ocean Rhythm’ in his back garden, and Norma would often joke every time they raised the sails “there goes the new lounge suite” as the boat was his pride and joy.

Both Norma and Mac could always be seen at the start of the cruising race smiling and waving to those taking part and were always willing to share advice and support to anyone new to sailing in the fleet. It would be rare not to see a fishing line being trailed behind them as they raced along with the fleet to Waiheke, usually catching a fish or two and sharing it with the other sailors on the beach at the club BBQ.

When Norma passed away in 2011, Mac continued to sail Ocean Rhythm solo or with the company of his family when he could. He battled with cancer in the last few years, but this never stopped him from getting out on his boat whenever his health permitted. His smiling face and hearty laugh will be sorely missed and his adventurous spirit will continue to inspire the sailors of RAYC who knew him and loved both he and Norma dearly.