Never mow the lawns, when you have a chance to sail

Home/All News, Flying 15, Winter Series/Never mow the lawns, when you have a chance to sail

Never mow the lawns, when you have a chance to sail

When you work at a yacht club, it’s surprising how little sailing you actually do, so when I got a text message from Flying 15 sailor Jonathan Burgess asking if I would fill in for his skipper Murray Gilbert, I jumped at the chance. Murray was away, and Jonathan was keen to race the last day of the RAYC Winter Series.

The sun was out, the wind was not, and with a peak of just 7 knots, it was one of those frustrating days of racing. There were meant to be five Flying 15’s racing, but two of the boats decided that mowing the lawns was a better way to spend such a spectacular afternoon. But we were racing, I wasn’t going to miss an opportunity to get back on the water.

So there were three Flying 15’s. Commodore Sally Garrett with her partner Neil Easton, Life Member Fred Price sailing with David McIntyre, and me helming for Jonathan Burgess.

The fleet was small, but the expectations to win were intense.

Race 1 was long, and we spend most of the race trailing about one minute behind Sally and Neil. We could tell that Sally was watching us, as her head was on constant rotation. We had her on edge, and although we never managed to get ahead, we did sneak up to finish just five seconds from her stern.

Race 2 was ours, and with a glamour start we took the lead, but with the shifty, oscillating and inconsistent breeze being thrown our way, Sally and Neil managed to sneak ahead. Damn that! Time to focus. It was a long leg with the kite just bearing flying that we managed to sneak back in the lead, and lucky for us, we held if for the rest of the race.

With that done, and Murray and Jonathan taking our the Flying 15 Winter Series, it was time to head back to shore, but we were taken over with Starling sailor Eli Liefting begging to have a go on the keelboat. So I jumped out and Eli jumped on, steering the Flying 15 back to the ramp. Meanwhile… I fell out of the Starling. 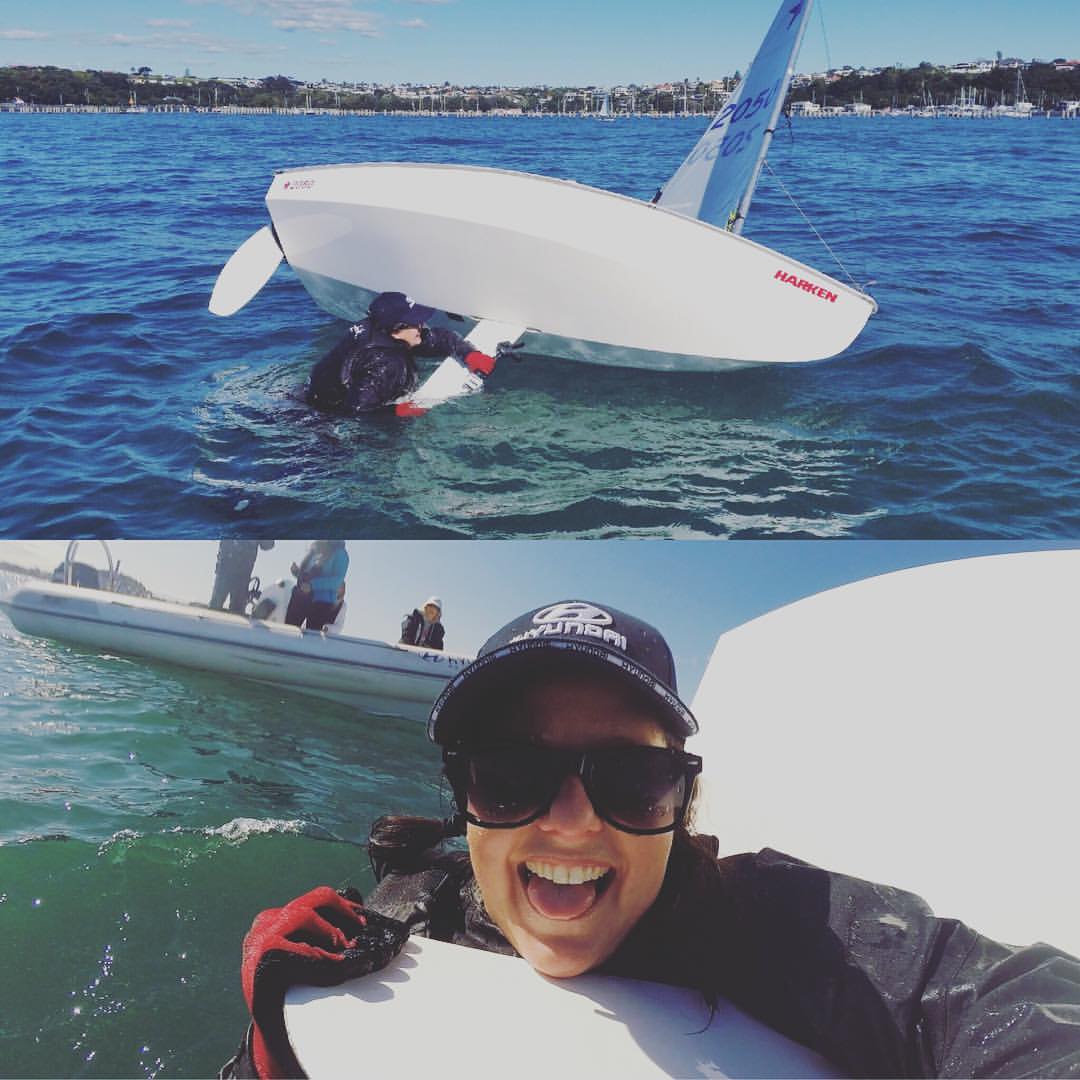 Moral of the story? Never mow the lawns when you have a chance to sail, because drifting around on a Flying 15 and capsizing a Starling is a much better way to spend a Sunday afternoon.

Thank you to all our amazing volunteers for being out there so that we can go sailing.