This weekend saw Mirage join the fleet for 2 races held in some very challenging conditions, which seems to be becoming a regular event this season.

With 2 windward / leewards scheduled for the day, the fleet heading down past the reef, in a SSW 20 to 25 knot breeze.

Race 1 saw course 2, which involved a “wing’ mark, not that common in M Class racing. Menace, Mach One and Marksman reached the top mark together and headed towards the “wing” mark. The 3 boats were a little hesitant as they went searching for a “wing” mark, however the safe option was to leave every mark possible to port and then head towards the bottom mark. Menace achieved this outcome best and rounded the bottom mark in the lead followed by Marksman and then Mach One.

As the boats reached the top mark for the final run there was 15 seconds separating them. Mach One despite rounding 3rd had the best hoist and pipped Menace on the line by 2 seconds.

Mirage were late for the start of race 1 due to a crew injury, but were pumped for Race 2.

Race 2 saw a slightly longer course. Marksman was out due to a gear failure but Mirage was there to take their place.

In some trying conditions Mach One led from start to finish followed by Mirage and Menace, who went for a swim.

Well done to Mirage who despite all the challenges thrown their way made it out and finished Race 2. A great result. 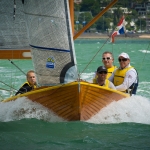 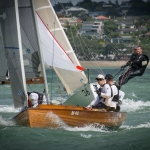 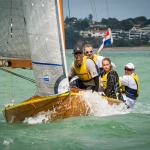 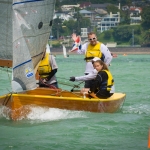 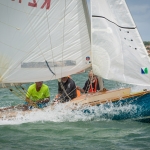 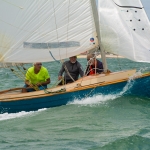 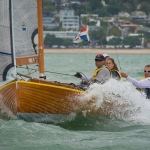 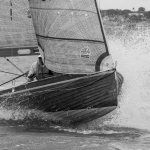 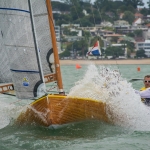 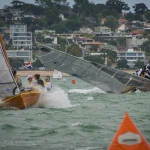 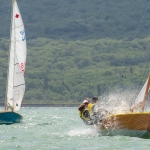 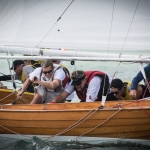 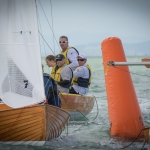 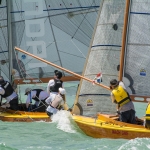 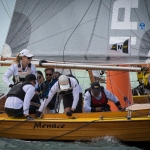 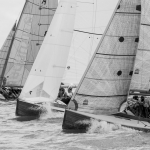 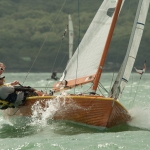 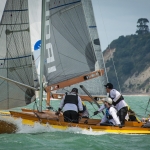