The last couple of weeks have been very busy for the club juniors with the Starling fleet competing in the North Island Champs hosted by Wakatere. The wind was light one day and heavy the next making it a mixed bag of results for our sailors.  Eli Liefitng finished 5th followed by Jack Frewin 19th, Hamish McLaren 22nd, Henry McLachlan 42nd, Tim Roper 47th, Adam Mustill 60th and Harry Butler 66th.  RAYC had the largest number of club members entered in this regatta.  Great to see! 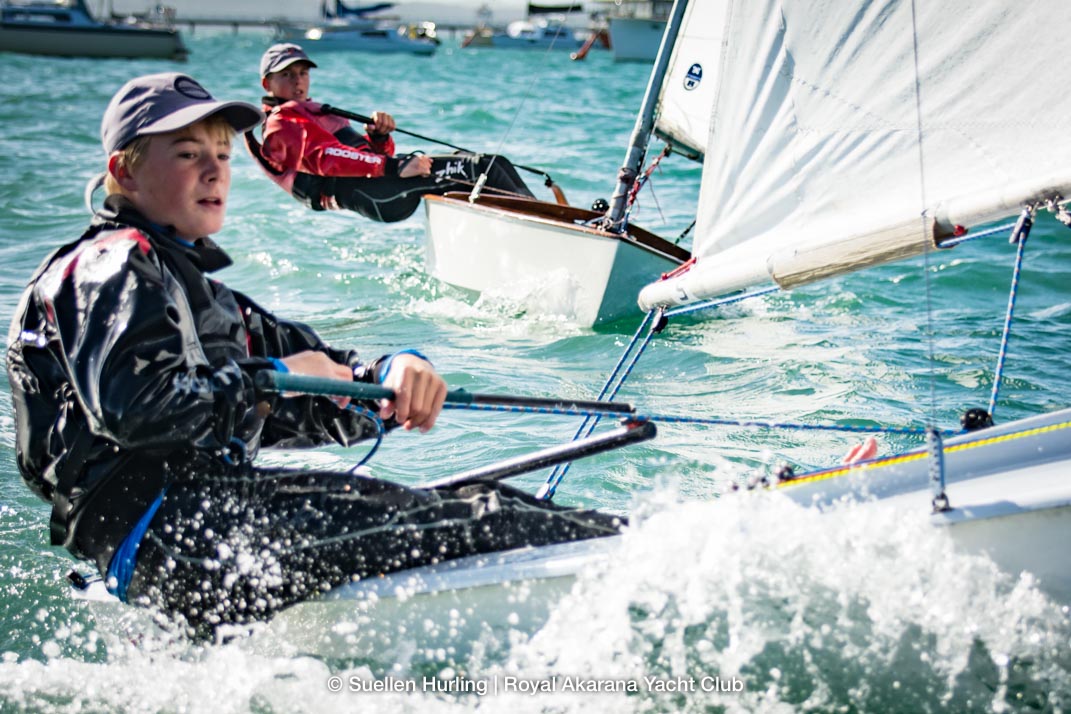 The following weekend was the Starling Match Racing Regatta.  This is a tightly contested title with the 12 sailors from each region going head to head in a battle to win the title.  Eli Liefting represented the Auckland region while Jack Frewin (HYC) also a member at RAYC was the wild card entry as one of the other regions sailors could not attend.  The winds blew up to 45knots while the juniors were sailing so the conditions were not what you would call typical for match racing.  The first round robin was never completed, however Jack took out the title after battling hard and Eli took out 3rd place.  This is a great result and a huge achievement for our young sailors.

Last weekend of January was the Auckland Champs hosted by Murrays Bay. The conditions were light and shifty for the whole weekend.  The real highlight of the weekend was watching Hamish McLaren sail consistently in every race with four 16th places to take a 17th place overall.

At the same regatta, our up and coming Opti star Poppy Hoskin was sailing in the Green Fleet and came 2nd in one race and 5th in another to end up 14thoverall which was a great result.  Poppy has purchased a new boat and is looking forward to the National Champs in April.  Watch this space…

Look for our next junior update at the end of February.