Junior Volunteer of the Year Harry Butler got the surprise of his sailing life on Sunday the 2nd April when Vice Commodore Steve Delahunty asked if he wanted to go for a sail. The boat on offer was Steve’s foiling A-Class catamaran!

Harry took all of a millisecond to say yes to the offer and soon enough was on board the cat with Steve taking the helm of the Feva that Harry was meant to be sailing.

Although there wasn’t enough breeze for Harry to launch onto the foils, he said that it was “awesome” none the less. 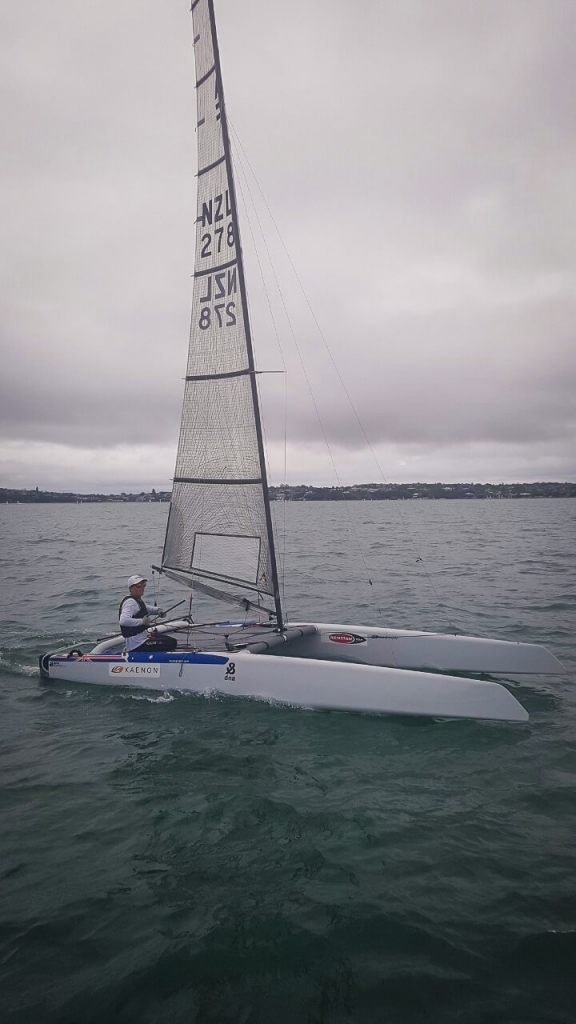 “Did you see me?! Steve gave me his A-Class! It was so much fun but didn’t get to foil but wow, so awesome,” said a chuffed Harry when he returned to shore.

“Thank you so much to Steve for letting me have a go, it was the best!” continued Harry.

Vice Commodore Steve gave Harry the helm of his A-Class after he missed out on an opportunity to sail Mark Oram’s Waszp during the Waszp Invitational hosted by RAYC in March. Harry was busy as part of the race management team so was unable to get on board, but fellow youth members Jack and Eli got to have a blast around the harbour showing they foiling is the future of the sport.

“I was a little nervous at first, but Harry is a good little sailor and seeing how happy it made it made my anxiety worth it!” said Steve.