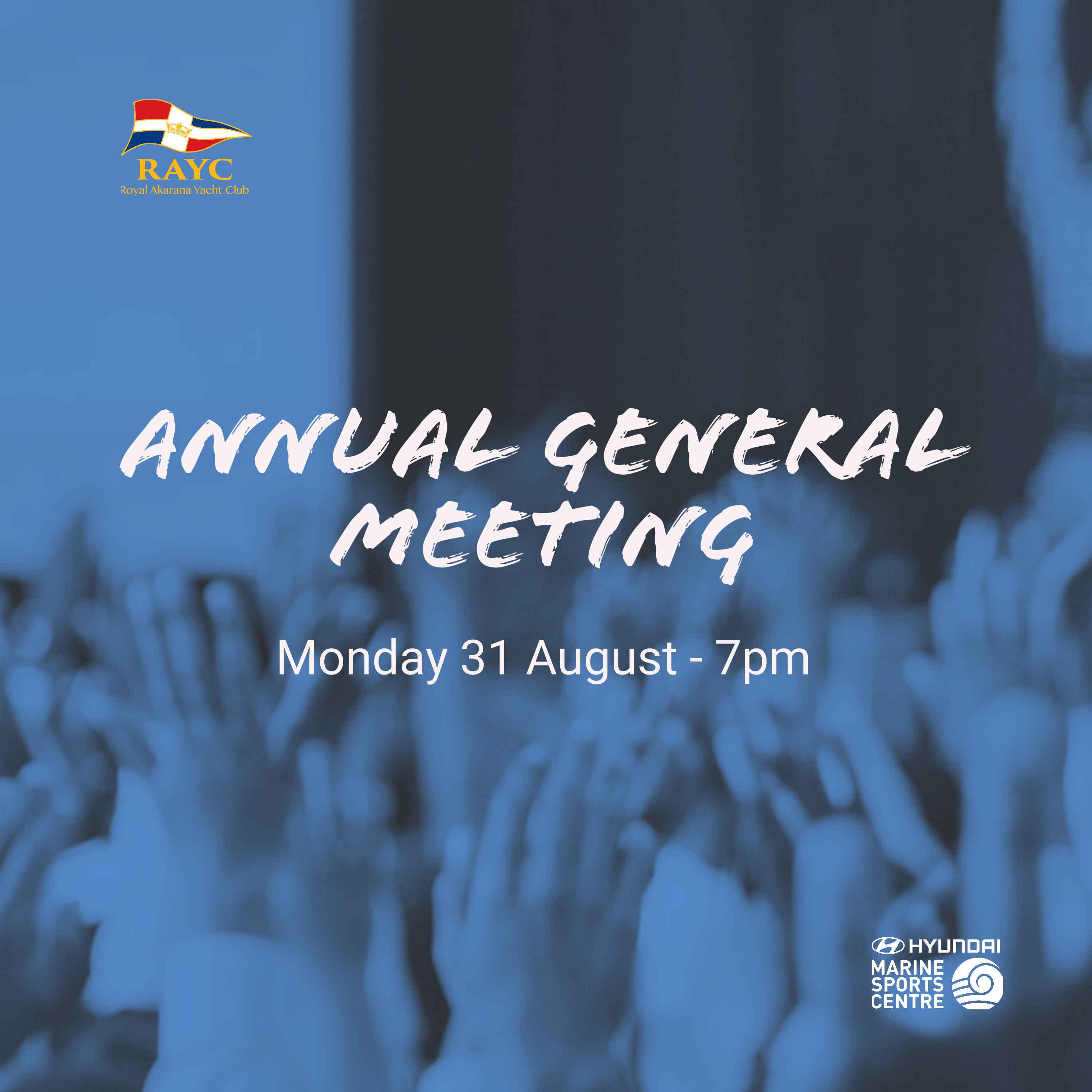 Notice is hereby given that the AGM of Royal Akarana Yacht Club will be held at Hyundai Marine Sports Centre, 8-10 Tamaki Drive, Okahu Bay, at 1900hrs on Monday 31st August 2020.

Any nominations for Life Memberships shall be made in writing signed by two Senior Members of the club and handed to the Manager at least 28 days before the Annual General Meeting at which it is intended to propose such nomination.

The nomination of any candidate for any office in the Club (other than that of Patron, Vice-Patron or Trustees), must be made in writing and delivered to the Manager at least seven clear days before the Annual General Meeting at which it is intended to propose such nomination.

We look forward to your attendance at the meeting.