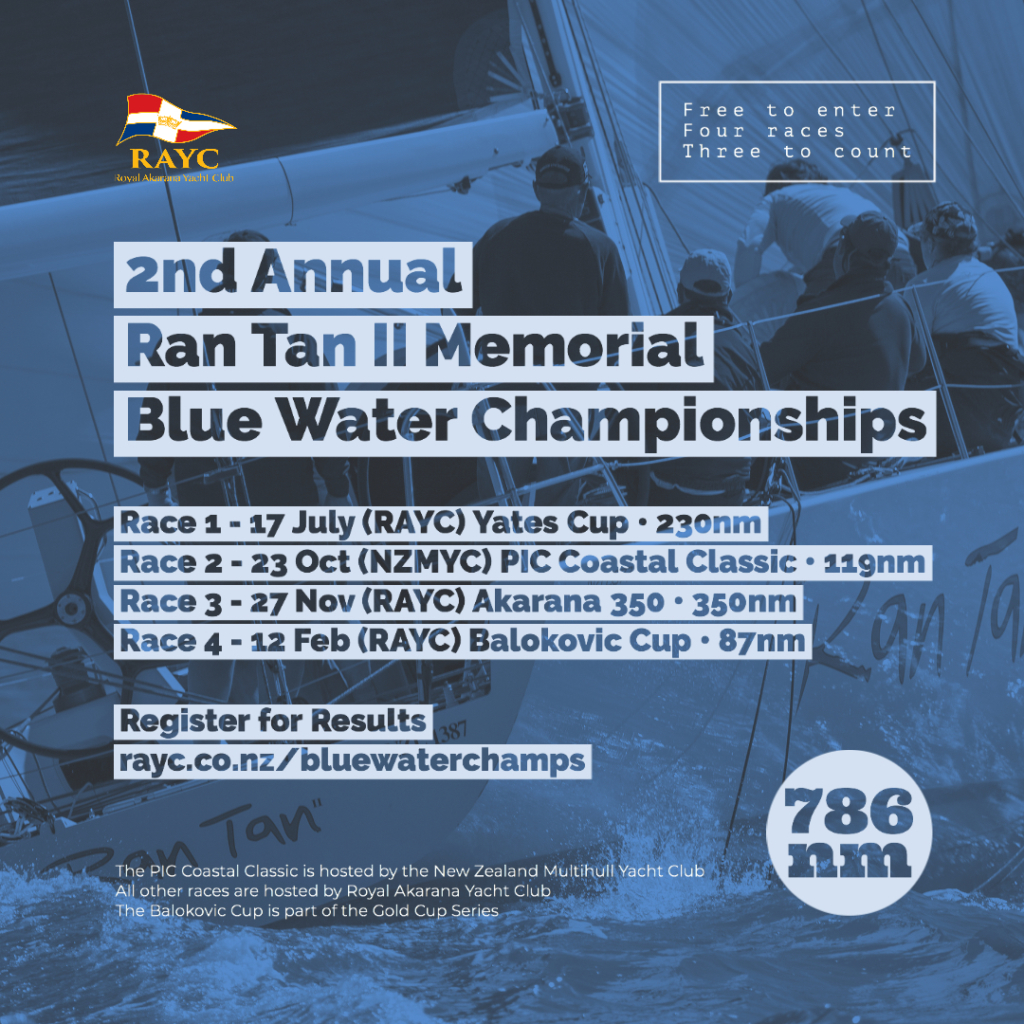 The second annual Ran Tan II Memorial Blue Water Championship race dates have been announced. Once again we are including the NZ Multihull Yacht Club’s PIC Coastal Classic as part of the series.

This series will include four races with three to count.