Colleen Bassett, was our first skipper with her team to win the RAYC Women’s National Keelboat championships in New Zealand in 1992.  But she has been taken at the early age of 61.

Besides being sorely missed by the yachting world she was the ex-wife of Neil and the mother of Nick and Vicki.  Her friends found her great company as well as her sailing skills. 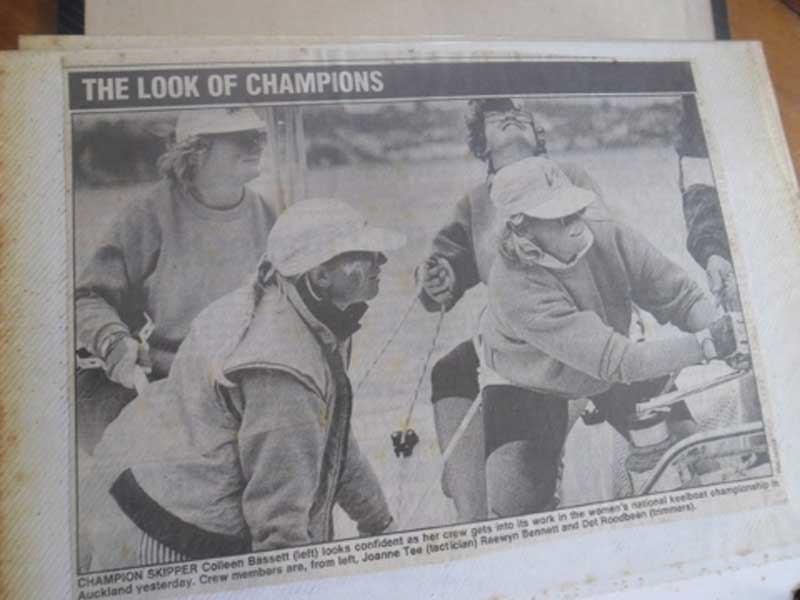 Colleen was brought up in Kelston, West Auckland.  Her siblings were all girls, Lorraine, Raewyn and Robyn who is now the only girl remaining.  Colleen started her sailing in  Herons, crewing at first before getting her own boat. Then a wooden H28 was added to the family flotilla and she sailed with her parents.  But then she turned to the M Class when she sailed in husband Neil’s Mach One and then on Motivation then owned by close friends Jo and Richard Brown.  The 727 was the next step before the then Commodore of RAYC, Dafanie Patten, worked with the management to start the Women’s National Keelboat Championships.  Colleen and crew including her sister Raewyn, went to the J24 Rolex championships in Sydney before representing RAYC in the Rolex Newport championships in 1991. The next year the team went to Singapore for another J24 championship.  Colleen had to do a sail off against Leslie Egnott to win the right to represent RAYC in this event where they came fourth. 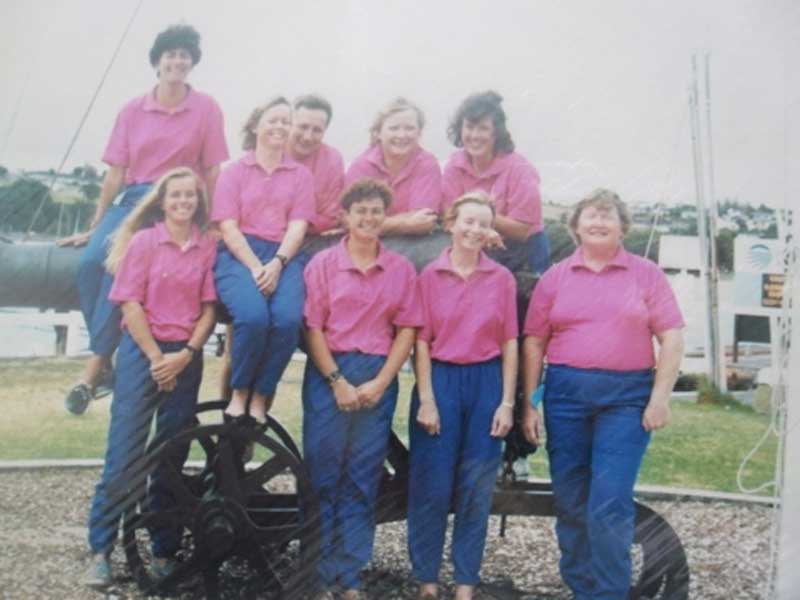 In recent years Colleen lived in Whangarei and enjoyed crewing in races organised by the Whangarei Cruising Club.  Colleen will be sadly missed by her family and by her many friends.

Raewyn was married John Bennett and died five years ago.  John recalls how tough it was to lose “his best girls” wife Raewyn and good friend Colleen for 46 years.

The celebration of Colleen’s life which was scheduled for Saturday 15 August at 1pm has been postponed. An updated date and time will be advised soon.