The Gold Cup series once again has been a highlight in the summer keelboat calendar. Congratulations to all competitors and big congrats to those making the podium.

RAYC have moved the prize giving to Thursday Mar 12 so that our Round North Island friends can join us.

This edition of the Gold Cup has had some great racing and this report from Carrera’s tactician, Jens Bol, on the last race, the Balokovic Cup, shows how tight the racing was, especially between the two Ker40’s. Here is an excerpt.

“We (Carrera) went through Ruthes passage within a boat-length of IB and we both popped our zeros.  We have a Fro, they have a Mho.  In that angle they were slightly quicker and we fell back a few hundred meters across to Cow & Calf.

When we got to C&C, we went back to headsail (Medium Heavy).  It was blowing 18-20 and Nowcasting was saying 24-28kn at Channel Isl and 4-6 at Tiri.  So we were juggling between J3 and MH.  After a bit of discussion and lots of work from the bow guys, we went for the MH which proved to be the right call. IB went inshore after hardening up around C&C while we tacked pretty much on layline for Flat Rock.  This enabled us to claw back what we had lost on the reach and we were now marginally in front.

The sea was very sloppy and we struggled to keep the boat going in the dark.  We sailed higher but slower than IB who seemed to have a good low mode on them which suited the seas better.  In the end, that proved decisive as they got to the new breeze before us.  We both tacked at the same time with them to weather but behind us, they accelerated over us in the now building breeze back up to 15kn and were able to build a gap to Flat Rock.

Anyway, we had a good run down and finished at 6:15am, about 10 minutes behind IB but over an hour in front of the rest of the fleet.”

I thought I’d drill into the Ker40 story a bit further.

Steve Purton the owner of Ice Breaker, “We’ve lost two and won two to Carrera, it’s really tight racing and the boats are very similar. Carrera has slightly more sail area, and we have wheels and a pedestal. That’s about it. We basically match raced them for 95NM (In the Balokovic), we only gained the lead with some funky stuff around Flat Rock then home” 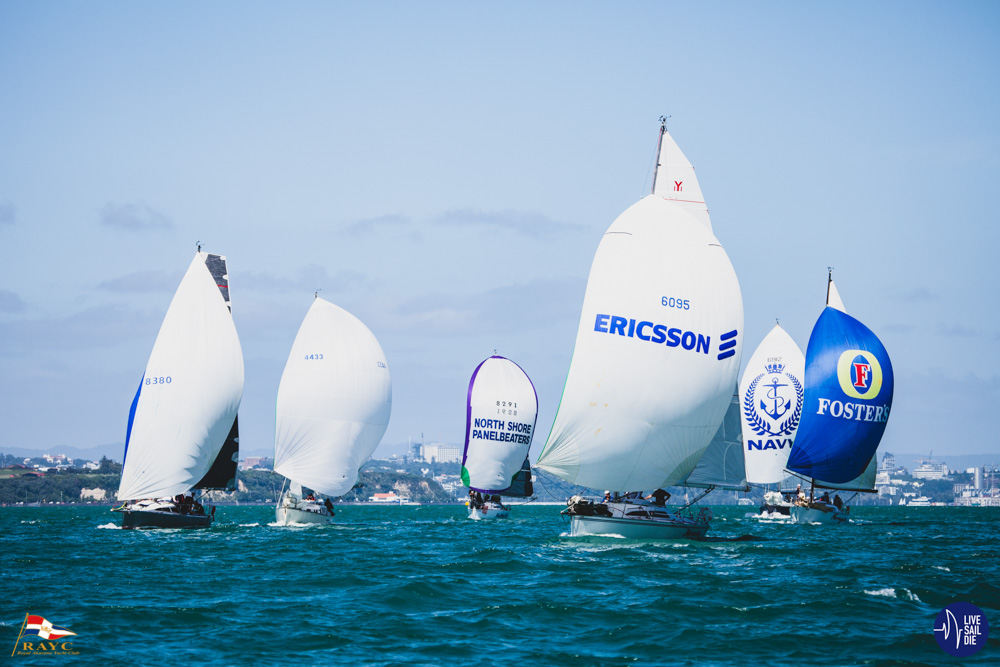 John Meadowcroft from Carrera had this to say about the two boats.

“When looking for a replacement yacht for the Marten 49 – Carrera, I wanted a yacht to compete against other yachts boat on boat. So when I found the Ker 40 – Gust, I felt this would be the perfect choice and allow me to race against the well-established team on Ice Breaker. I contacted Steve Purton, owner of Ice Breaker, and he understood exactly what I was trying to do and has been extremely helpful in firstly assisting with the upgrade to the keel to bring Carrera up to a similar mode to his boat and also with hints on how to best sail the boat. We both recognised that by doing so we would have more competitive and enjoyable racing.

This year’s Gold Cup was the cumulation of all these efforts and the result has been true boat on boat virtual match racing between our two boats. On elapsed time the biggest winning margin (Balokovic) was 10mins, two of the races we were separated by 2mins. Before the final race, the Balokovic, Steve predicted it would be a match race and he was not wrong, a match race that lasted 12 hours with lead changes throughout the night. In the end Ice Breaker prevailed, deservedly so, and is this year’s Balokovic Cup Holder however (due in part to some rugby match in Japan) Carrera prevailed overall to secure her first ever Gold Cup win.

I want to take the opportunity to thank Steve and his crew for all their support, encouragement and some great racing over the season. Also a big thankyou to all the Carrera crew. None of us are real “rockstars” but we enjoy our sailing and go out there and give it our all. It takes 10 crew to sail these boats and without that support for every race we as owners cannot go sailing and enjoy our sport. Finally a big thanks to RAYC for running another excellent Gold Cup series. The Balokovic especially remains one of my favourite races as it is one of the few true overnight sailing tests outside ocean racing left for us to participate in.”

Thanks, John, for the insights.

Steve Purton mentioned how the 40 fleet in AKL was providing great racing especially this summer season. With Mr Kite, Wedgetail, Anarchy, Clockwork, Carrera and Ice Breaker, many of the boats could have taken any of the series or regattas. Especially Bay Week, where it could have been anyone’s regatta. I asked him about the emerging 40 fleet.

“It’s basically easier to crew. 10 crew instead of the 15 or so required for the 50’s. We are finding it hard enough getting crew.”

I know that both Ker’s sometimes struggle for crew (I sail with John Meadowcroft on Carrera) also, regatta numbers are down and I wonder what the reasons are? Steve thought it was due to a very busy calendar, maybe something we all need to look at going forward.

This is just one story within a very exciting series/summer. We’ve seen Wedgetail gain and gain (winning the BWC). We’ve seen the new Anarchy blast out of the chocks and blow us all away especially in blast reaching angles. (That White Island start was simply awesome). The club has enjoyed all of it and hope all competitors have as well.

RAYC would love to see you at the Gold Cup prizegiving, come down, enjoy the new facilities, and have a free drink or two. We may even have the long-lost trophies out of deep storage.