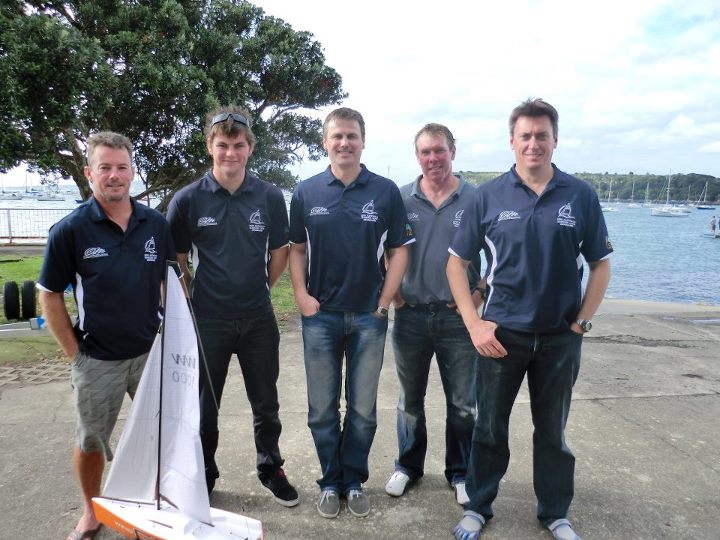 Royal Akarana Yacht Club hosted the 2012 edition of the Champion of Champions regatta over the 11, 12 and 13th May in the Platu 25 keelboats.

Seven teams entered the 3 day regatta with 11 races started and finished across a variety of courses on Waitemata Harbour.

The Champion of Champions regatta has a long history at RAYC however hadn’t been raced for 20 years. Past winners include names like Chris Dickson, Rod Davis and Russell Coutts.

The 2012 title went to the Team Elliott 5.9 skippered by Cameron Horne with the crew Grant McKinnon, Andrew Clarke, Phil Quinn and Andy Robertson. They had a very successful regatta with six bullets, four seconds and a DNS in the final race of the regatta.

“We had a fantastic regatta and I’m pretty happy to be the revived Champion of Champions but definitely couldn’t have done it without my awesome crew,” said Horne.

“It’s so good to be back at RAYC racing and although the Platus are a bit of a handful, the challenge was great.

“Everything about this regatta really made it a brilliant event. The breakfasts and huge crew lunch packs as well as the dinners and entertainment. It was awesome to socialise with all the crews before and after racing.

“We really hope to be back next year representing the Elliott 5.9 class again!” continued Horne.

Hot on their tails finishing second was team Flying Fifteen skippered by the 1991 Champion of Champions Craig Coulam with the crew Cody Banks, Sally Garrett, Roger Hall and Chris Field.

Wrapping up the podium places with third was team Young 88 skippered by Samantha Osbourne with a crew of Ross Masters, Grant Turnbull, Phil Yuill and John Kensington.

The teams were engaged at RAYC for the duration of the event and were the best fed sailors in Auckland! The entry included breakfast, lunch packs and dinner for the three days with entertainment on Saturday night in the club house.

Champion of Champions Honour Board

Champion of Champions will be scheduled in 2013 with class associations invited to nominate their representing skipper and crew. More information will be made available at the end of the year.

The next events on the RAYC program is the Offshore Category 1 race Sail Noumea starting on the 2nd June and then the autumn edition of Sail Akarana on the 16/17 June. For more information visit www.rayc.co.nz